THE FARGO INVADERS SEMI PRO FOOTBALL TEAM HAS WON THREE CHAMPIONSHIPS SINCE 2014! TODAY THEY KICK OFF THEIR FIRST ROUND OF TRYOUTS AND THEY'RE WELCOMING FRESH TALENT. 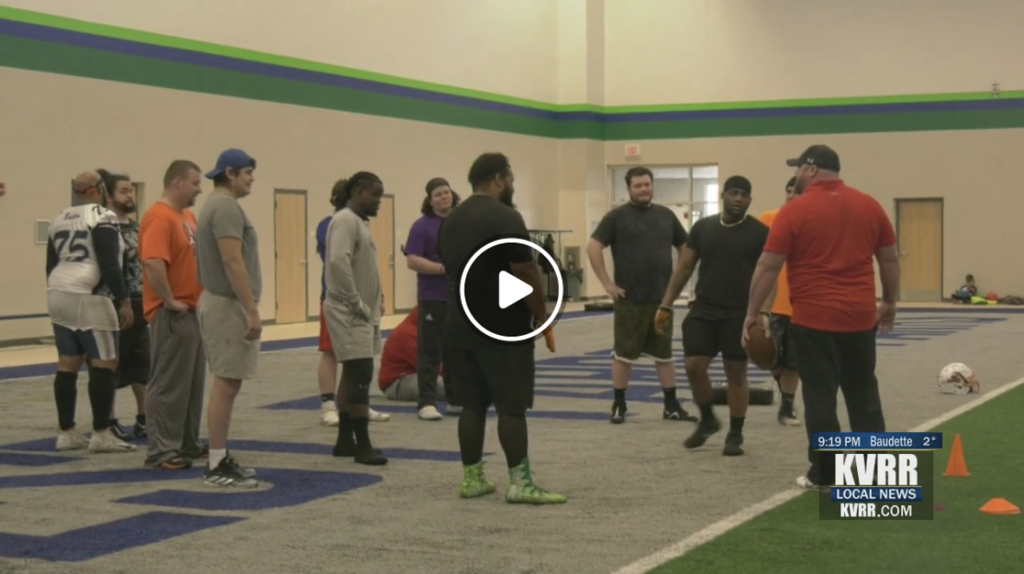 WEST FARGO, N.D. (KVRR) — The Fargo Invaders semi pro football team has won three championships since 2014! Today they kick off their first round of tryouts and they’re welcoming fresh talent.

“It can be difficult but one thing is that they all have a love for football, we do things in the offseason to build team chemistry, last year it was a blend of veterans and rookies. I think now with guys having more experience I think that will carry over and we’ll have a lot more success this season,” Coach Zach Stich, Head Coach, Fargo Invaders.

Last year was an up and down season for the Invaders, the coach was in his first year and they battled injuries, disrupted chemistry, and struggled to find a reliable option at quarterback, all while playing in one of the toughest semi pro leagues in the nation.

Semi Pro is different from an NFL schedule: the Invaders play a summer season, and allow more players on the roster.

“Anywhere between 60 or 70 guys usually not everyone can make it, people have weddings, family trips I mean this is a league that caters to more players like that,” said Coach Stich.

Despite all the hurdles They still made the NEFL semifinals and will return a lot of talent this year. These players don’t get paid so they’re looking to make the most of this exposure.

“Quinn Redmond defensively he was a rookie last year, and he’s not only become a leader this season his play has just shot up,” said Coach Stich.

“I’m going to keep that chip on my shoulder until I get to a higher level. The best part of the invaders is that it gives you basically a launching platform to try and go pro. I’m young enough and I’m fighting for it,” said Linebacker Quinn Redmond.

“Tim Devaney, he’s a running back from underwood Minnesota, young guy,  we’re looking to see a lot out of him,” said Coach Stitch

“I had an opportunity here. I’m only nineteen years old and I’m already the starting running back, so we’re just going hard with it,” said Running Back Tim Devaney.

“Nate Soto made the NEFL all star team and he had only like 20 catches but you know eight of those were for touchdowns,” said Coach Stich

“Football definitely comes to me easier than any other sport, so obviously that shows with my stats last year and everything like that. Coming into this year I have something to prove,” said Wide Receiver Nate Soto.