Former Pioneers Head Coach Mark Heiser was inducted into the team’s Hall of Fame at halftime in St. Paul’s home opener at Seafoam Stadium on the campus of Concordia University-St. Paul.

While the Pioneers have not captured a league crown since 2016 – when Heiser was still coach – current Head Coach Damien Rochon Washington’s squad sure looked like those dominant Pioneers Units of yore, keeping Fargo from mounting any kind of serious threat all night.

The night started a little slow for Wiese. But a thrilling touchdown run by the new signal-caller just before halftime energized the crowd and gave St. Paul a 21-0 lead at halftime.

“Guys really rallied around Alex after he settled down in his first action,” Rochon Washington said of his quarterback. “The team is really coming together on and off the field.”

At halftime, the Pioneers recognized the coach who elevated the squad from excellence to greatness. Not only did St. Paul win the first national amateur football championship for a Minnesota team – in 2009 – but he won two more, giving Heiser a record of greatness not likely to be matched any time soon. In addition to his three national championships, Heiser led the Pioneers to eight consecutive league titles, including seven in the Pioneers’ first seven years in the Northern Elite Football League. His overall record as Head Coach was 126-27-1.

The team, its fans and several of his former players applauded Heiser’s accomplishment.

The Pioneers current Head Coach said his squad isn’t far off in its quest to return to greatness.

“We have all the tools for success, but are looking for a bit more consistency,” he said. “Consistency comes before greatness. But I think these guys have a shot at it.”

With the win, St. Paul evens its overall record at 1-1, 1-0 in the NEFL. The Pioneers lost 14-12 last week to the Newton Nite Hawks in Newton, Iowa. The Pioneers travel to Racine, Wis., next to renew their rivalry with the Racine Raiders in another non-league tilt. 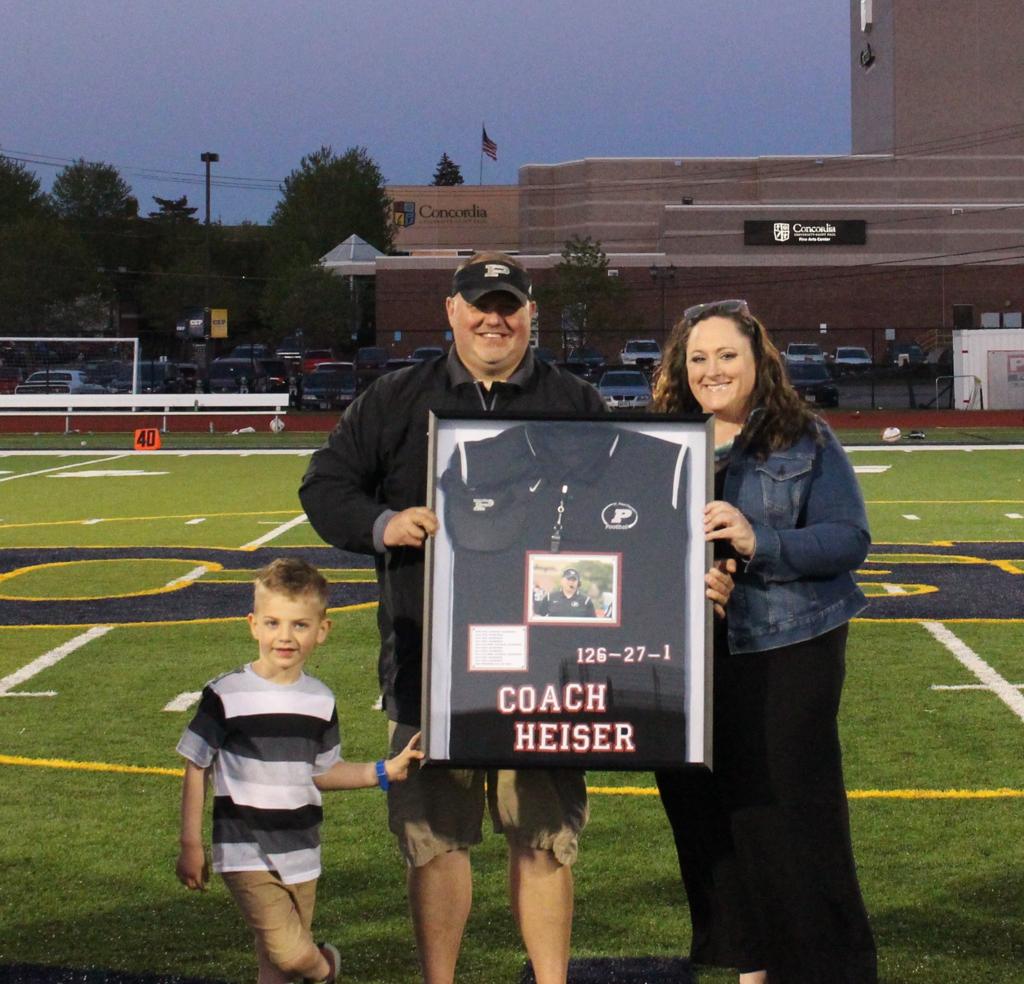