Changes ahead for Fargo Invaders as 2022 season winds down

With the Northern Elite Football League playoffs on the horizon, the non-profit Invaders organization will feature plenty of new faces next season, on and off the field.

FARGO — With only a few weeks left in their 2022 season, the Fargo Invaders are marching toward the playoffs and a new look for next season.

Fargo has a 3-3 record, good for third place in the NEFL, which is comprised of four teams that each play a seven game schedule, followed by a two game playoff.

Team president Matt Petznick co-founded the team in 2013 and said one of the organization's goals is to provide an opportunity for former high school and college players from around the region to continue their playing careers.

“Ultimately, I just wanted to fill a gap of post-college opportunity to play football,” Petznick said. “Especially at the minor league level.”

The team, which functions as a nonprofit organization, does not have a sole proprietor but rather a board of directors. Nobody within the Invaders organization receives compensation. 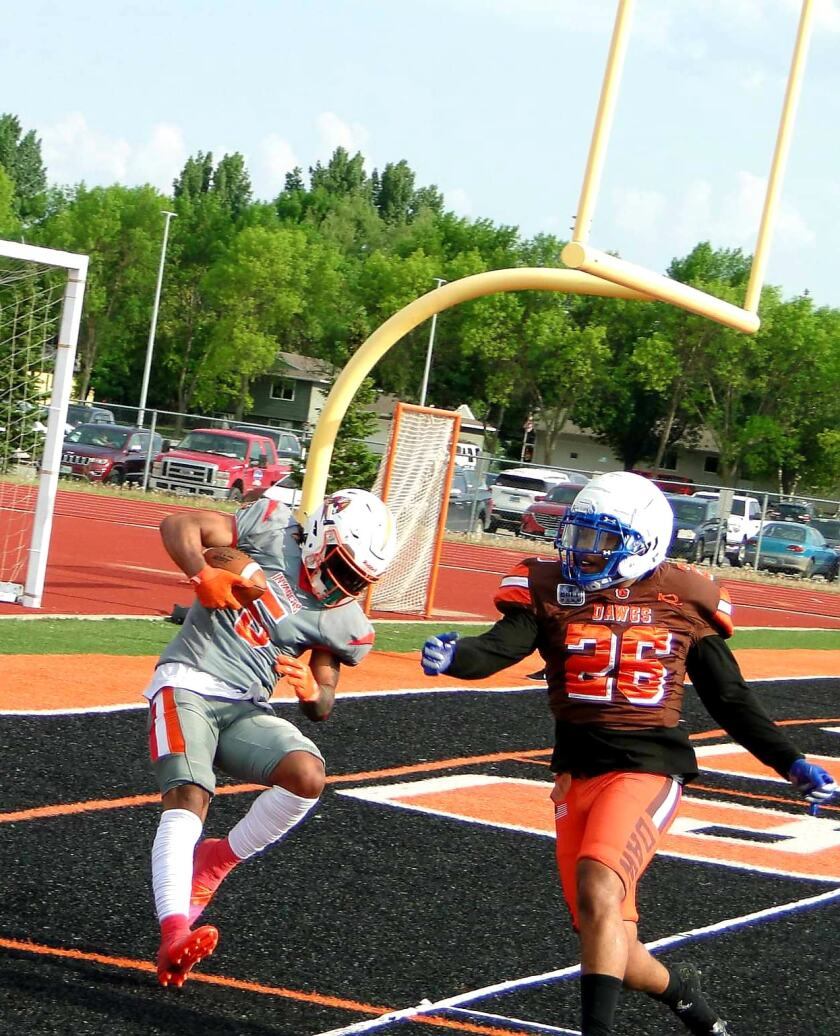 In late June, the Invaders and the MinnDak Titans, formerly located in Grand Forks, combined forces. The move was partially due to the pandemic as many teams in the league had players step away from the game after the cancellation of the 2020 season. The annexation has created a larger roster, giving the team more versatility, Petznick said.

“Right now we’re kind of patching in with all these extra players from the Titans,” Petznick said. “Titans coaching, and some of our other coaches that stayed around. So, we’re trying to bring it all together.”

The union between the teams brought leadership changes. Both former head coach Zach Stich and former general manager Joseph Barfknecht stepped away from the team to spend more time with family.

Petznick said he also will step down as president of the Invaders after the season.

“I’ve been heavily involved for the last eight years,” said Petznick. “My kids are getting older now, so it’s more time consuming with them and their activities.”

Derek Alexander, a player and board member, joined the Invaders in 2016 after playing for a semi-pro football team in St. Cloud for a couple of seasons. A poor team environment there caused him to lose some of his love for the game, but upon coming to Fargo, Alexander said he found a sense of belonging and a rekindled passion for the sport. 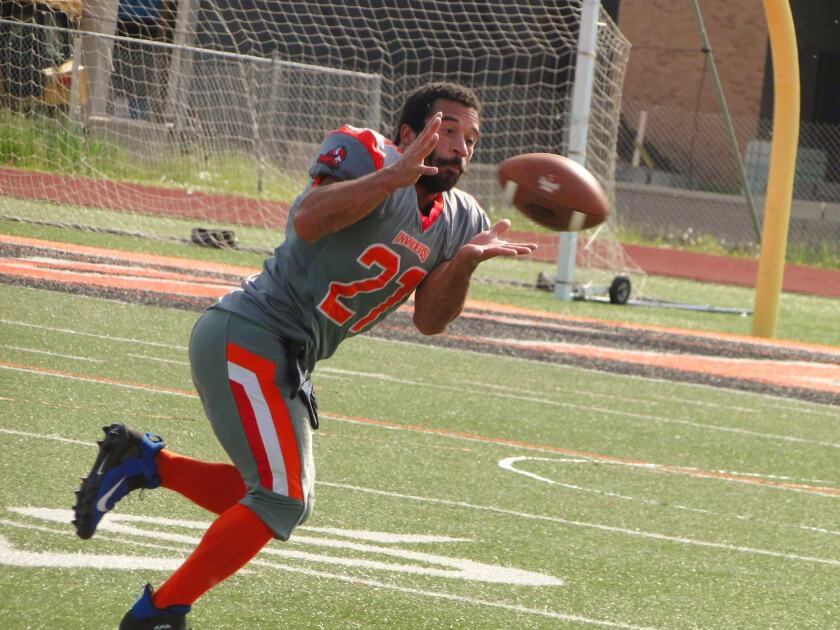 “I was welcomed here and it was very much a brotherhood,” Alexander said. “There’s a lot of people on the team that are not from the area, so giving them that sense of family or friendship is awesome to be a part of.”

The Invaders are starting to attract more fans from around the area, and redeveloping the roster to produce a high-caliber team will continue to be a priority, Alexander said.

“Just to continue to grow in the community,” Alexander said. “As a team, we’re kind of in a rebuild this year after COVID. So just excited to help see it (the team) continue to grow.”

Prior to joining the board of directors, Alexander served as the bridge between players and members of the front office. He continues to serve that role as a board member.

“That had kind of been my role as a player and captain,” Alexander said. “It was kind of, ‘If you have an issue with something, come to me so I can bring it to the board’. Now being a member of the board even more so, bringing a player's perspective.”

While playing football has been an integral part of his life, Alexander said that this season will be his last. The punishment his body endures during the course of a season “has finally caught up” to him.

Although he won’t be playing, Alexander is moving towards coaching in the Invaders organization, with an emphasis on the defensive side of the ball.

Various positions in the Invaders’ organization will open up following the 2022 season, including head coach, offensive and defensive coordinators, general manager, president and board member positions.

“No matter what happens the team will still be good to go and in good hands,” said Petznick. “But there’s certainly an opportunity for other people to get involved.”