Lead by Head Coach Willie Howard, in only The Minneapolis Warriors second season as a franchise, the Warriors took a path of greatness.

Through the first 4 games of the season, The Warriors split with a record of 2-2 and after a season ending injury to Starting Quarterback and Offensive Leader Tim Bona, The Warriors had to deal with adversity early. Looking for solutions and answers, the Warriors bolstered their offense by adding former Augsburg Quarterback Ayrton Scott to the mix; as well as, new offensive coordinator Kahn Powell. The combination of Coach Powell and Scott; in addition to, continuing their defensive dominance, the Warriors didn’t lose a single game the rest of the season.

In the Western Conference Finals,

The Warriors fell early to the Pioneers in the first quarter with a long rushing touchdown by Pioneers QB and 2017 NEFL All-Star Cleveland McCoy. After the McCoy Touchdown, the Warriors wouldn’t let the Pioneers score again and scored 17 unanswered points, beating the 7x reigning NEFL Champion St. Paul Pioneers in what would be The Warriors first playoff win in franchise history. This also marked the first time in 7 seasons that The St. Paul Pioneers would fail to play in the NEFL Elite Bowl and a NEW NEFL Champions would be crowned.

We want to thank all of our volunteers, sponsors, players, coaching staff and fans for following us during this special season!

The Warriors are in consideration for National Championship Bowl games, so keep up to date on here; as well as, through The Minneapolis Warriors Facebook page located here: https://www.facebook.com/minneapoliswarriors/ 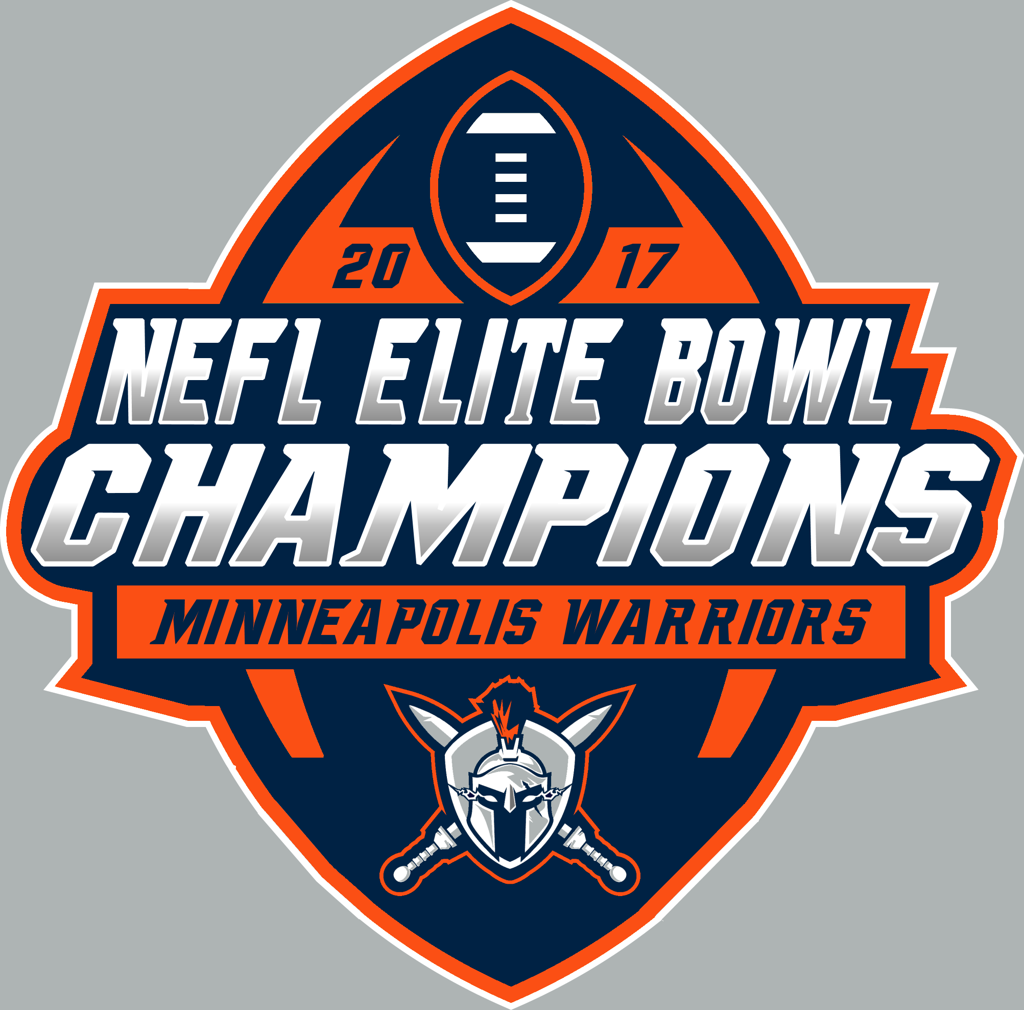