What a way to end the season!

Teams watching were on the edge of their seats watching how the Playoff Seeding would unfold.

Win a Warrior win, there would be at least a 3-way tie & potentially a 6-way tie at (6-2); in which the top seed would be determined by Points Against.  Coming into the day, Minneapolis was 4 points behind the Force, tied with the Pioneers, and 1 point ahead of Fargo.  So a Safety could have dropped them to #5 and a shutout would keep them #3 at worst or #2 if the Force gave up any points.

Force / Rough Riders game had lots of playoff scenarios attached. Rough Riders needed to win to get to (5-3), but then they would also need a Bulls win, so it would be a 2-way tie with the Force; a Stampede win would eliminate the Rough Riders.
Meanwhile, the Force were trying to hold on to the Shutout win to keep the #2 seed to have a bye and host a game in the 2nd round.  Giving up only 6 points or losing would potentially drop the Force to #5.

Stampede was essentially locked in at #1, unless they gave up 46 points vs Bulls.  Whereas the Bulls needed a win to get #5 seed, keeping the Force at home; or a loss would drop them to #6, keeping the Rough Riders out.

Knowing a shutout would give the Warriors the best playoff seeding, the Minneapolis Warriors went to work, and did just that.  Securing a Finish ahead of St Paul & Fargo but behind Sioux City, with eyes still on the Fox Valley game if they would move from #3 to #2.

Fox Valley needed a shutout to remain #2, River City needed a win to have a chance.  Both teams played that way throughout, as Regulation Ended in a 0-0 game.  In Overtime, River City got the ball first and were able to put together the first Touchdown drive of the game.  The loss dropped the Force to #5 or even to #7, while the Rough Riders win could sneak them into #6 with a Bulls win.

Minnesota Vipers called at 11:30a Saturday from the parking lot where they were meeting to travel, but could not get enough players to compete.  Fargo was awarded the 2-0 forfeit 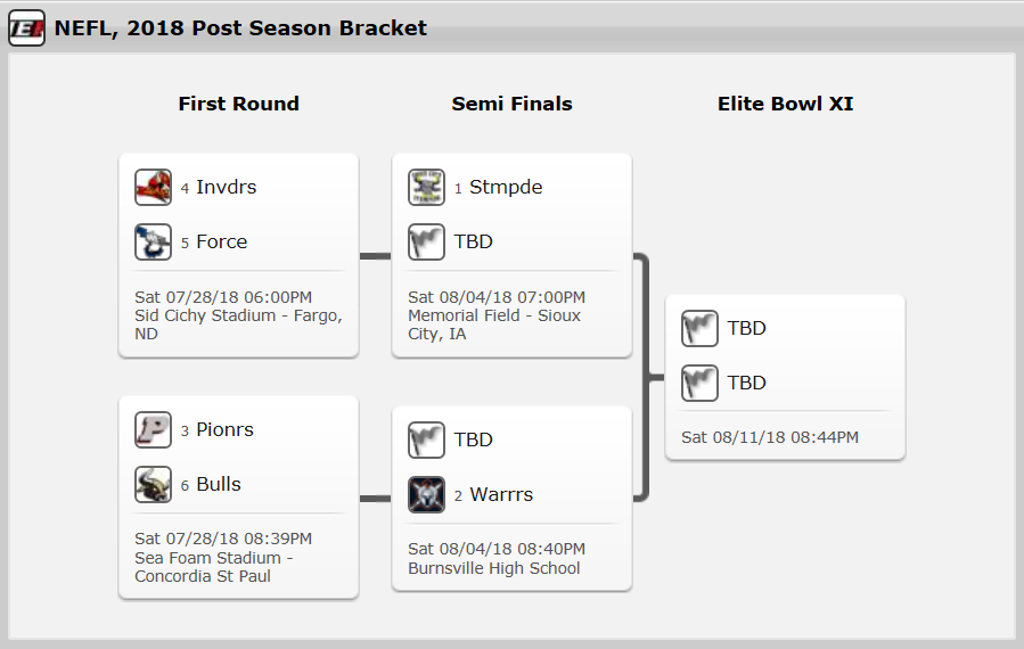 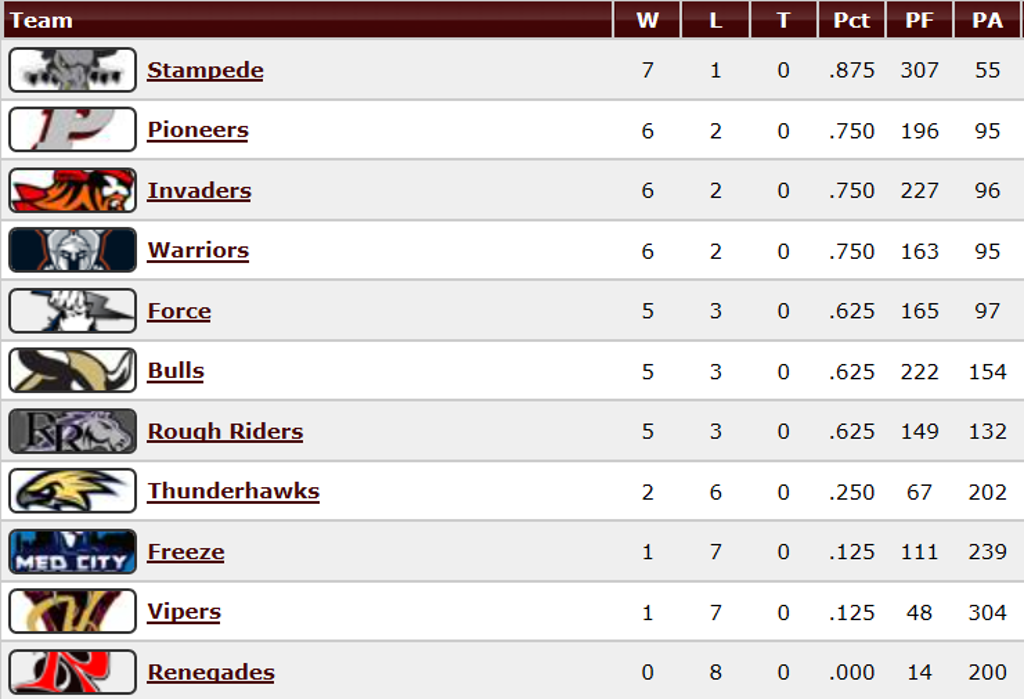