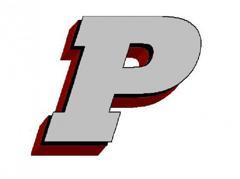 Each team nominated players from their respective teams; and then representatives from each team met to discuss All-Stars by each position group, followed by a ranking system after the discussion.